Do you know how to chart your cycle? 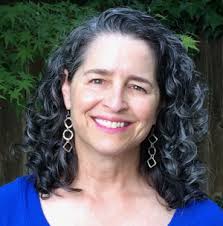 Meet Author Toni Weschler, who wrote her epic manual Taking Charge of Your Fertility over 20 years ago as she wanted to help women understand how to chart their cycles. She wanted to teach the fertility awareness method and educated women that cervical fluid is to the woman what seminal fluid is to the man

Toni spoke to me about how she got into working in women’s health and when she started writing her book it became most intellectually challenging thing she has done taking her five years to research and write, as it was for three different audiences.

Toni has also written a book called ‘Cycle Savvy’ – the smart teenage guide to mysteries of your body which is about being empowered and savvy about your cycle and once you understand everything about it you can use that information for a myriad of situations.

Her aim for that book is that she wants every teenager to come away with the power within their own body to utilisee the information to make decisions eg. use natural birth control or use this information for pregnancy achievement and not go through years if infertility..

Toni spoke about her mixed feelings about fertility apps expressing concern if any woman uses an app when they only fill in when they get their period and the app tells them when they will be fertile, she said to ditch them!

She talked about the oestrogen surge and how it’s important to understand that once your temperature rises it’s too late and that the most imp thing to observe is your cervical fluid, which should be a slippery and clear type of substance. However, the exception of this is women with PCOS due to irregular cycles.

Toni explained how her book came out just before the internet took off and my number was in the yellow pages and she had a woman called to say thanks for all that she had done and had Toni seen the messages on the ‘Message boards’.Toni had no idea what the woman was talking about, as and I had to have her explain that people had been posting comments.

Email was barely a thing – so her PO box was flooded with letters, with every single woman saying I can’t believe I didn’t know this sooner… how is it my doctor didn’t tell me this.

This is the episode I mentioned in my chat with Toni, where the lovely Amber aka Preggars Kitchen reviewed her book and explained how much it changed her life