How do you deal with IVF treatment when you are working in a senior level position?

How do you deal with IVF treatment when you are working in a senior level position? 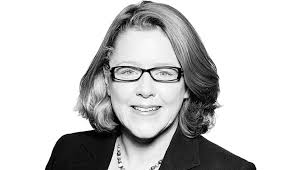 Meet Shelia Cameron, the CEO of Lloyds Market Association who I spoke to after hosting a panel discussion at the Dive In Festival last month.

Sheila spoke in front of an audience for the first time about what it’s like to navigate a fertility journey in the fast paced and stressful corporate world. She talks about her fears over discrimination, postnatal depression, her obligation to champion the need to get talking about fertility in the workplace and the need for organisations to have robust fertility policies in place.

In late 2008 Shelia’s Mother was diagnosed with terminal cancer. This led Shelia to start trying to conceive so her mother could become a grandmother. However unfortunately Sheila was given the frustrating diagnosis of unexplained infertility.

Sheila decided to pay privately for an IUI and was under the impression from the clinic that she would still be eligible for NHS funding if the IUI was unsuccessful. Unfortunately Sheila was given incorrect advice and local policy meant that devastatingly she was no longer eligible for NHS treatment.

Sheila was in a senior position at work and was concerned about divulged her fertility treatment to her employers, in fear that she would face discrimination.

It became challenging for Sheila to manage her fertility treatments whilst working, this was particularly difficult as her employers and peers were unaware of her fertility issues. During this time she was also juggling her Mothers illness, and in hindsight is aware that she didn’t consider her own mental health

After the birth of her first child Sheila suffered from Post Natal depression. Sheila talks about the correlation between IVF treatment and postnatal depression. Sheila took the opportunity to commence counselling and this she found invaluable and would encourage anyone to take care of their mental health as well as their physical health during IVF treatments. Sheila recounts the time when she started bleeding at 11 weeks and how she broke down at work. Her boss was incredibly supportive and her greatest regret is not confiding in her line manager sooner.

Within Sheila’s workplace there was no published Fertility Policy and Sheila believes that these are the conversations that we need to start having. Sheila also feels it is her obligation to speak up about her experiences to help inform future workplace policies.

At the prime of her career Sheila felt she needed to step back at work and she now regrets this. Had she not been successful on her fertility journey, she would have been left without a baby and the career she wanted. Making the decision to prioritise her mental health made a huge difference in her subsequent pregnancy and birth of her twins. Sheila recommends women working in the corporate world find someone within their workplace who has previously been through a similar journey. Look to these colleagues for support and help in navigating through their fertility treatments whilst maintaining their career.

The post How do you deal with IVF treatment when you are working in a senior level position? appeared first on The Fertility Podcast.